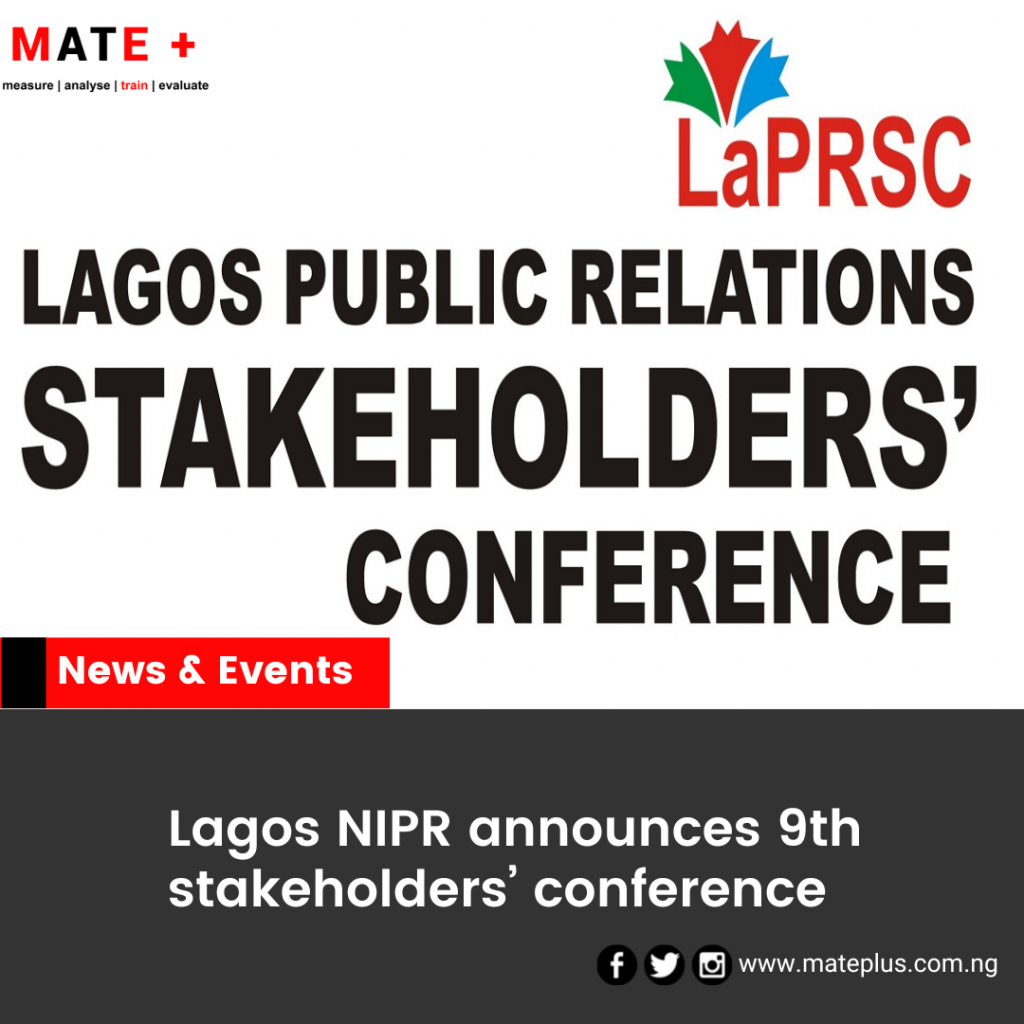 The premier branch of the Nigerian Institute of Public Relations (NIPR), Lagos State Chapter, in collaboration with Addefort Limited, has announced the ninth edition of Lagos Public Relations Stakeholders Conference to address Leadership and Poverty Eradication at the MUSON Centre, Lagos on Thursday, August 18, 2022.

The Lagos Public Relations Stakeholders Conference is a bridge-building initiative to interact and proffer solutions to the social, political and economic challenges plaguing our nation.

Commenting on the conference, the Chairman, Lagos NIPR, Mrs. Comfort Obot Nwankwo explained that the theme for this year’s edition is timely, adding that the Institute is committed to setting agenda for stakeholders engagement and lead the discussion to reawaken national consciousness.

She noted that eradicating poverty in all its forms remains one of the greatest challenges facing humanity, adding that Nigeria is not an exemption despite the efforts of the government in the country, too many are still struggling for the most basic human needs.”

According to Mr Olabamiji Adeleye, Conference Coordinator & Lead Consultant, Addefort Limited, Participants at the conference will include; Representatives from Government, Public Relations Practitioners, Economic Experts, The United Nations, Embassies, Corporate Organisations, Institutions, NGOs, HODs of relevant Agencies, and the media among other stakeholders.

#EvaluatePR: Experts set to discuss the synergy between PR and Measurement.