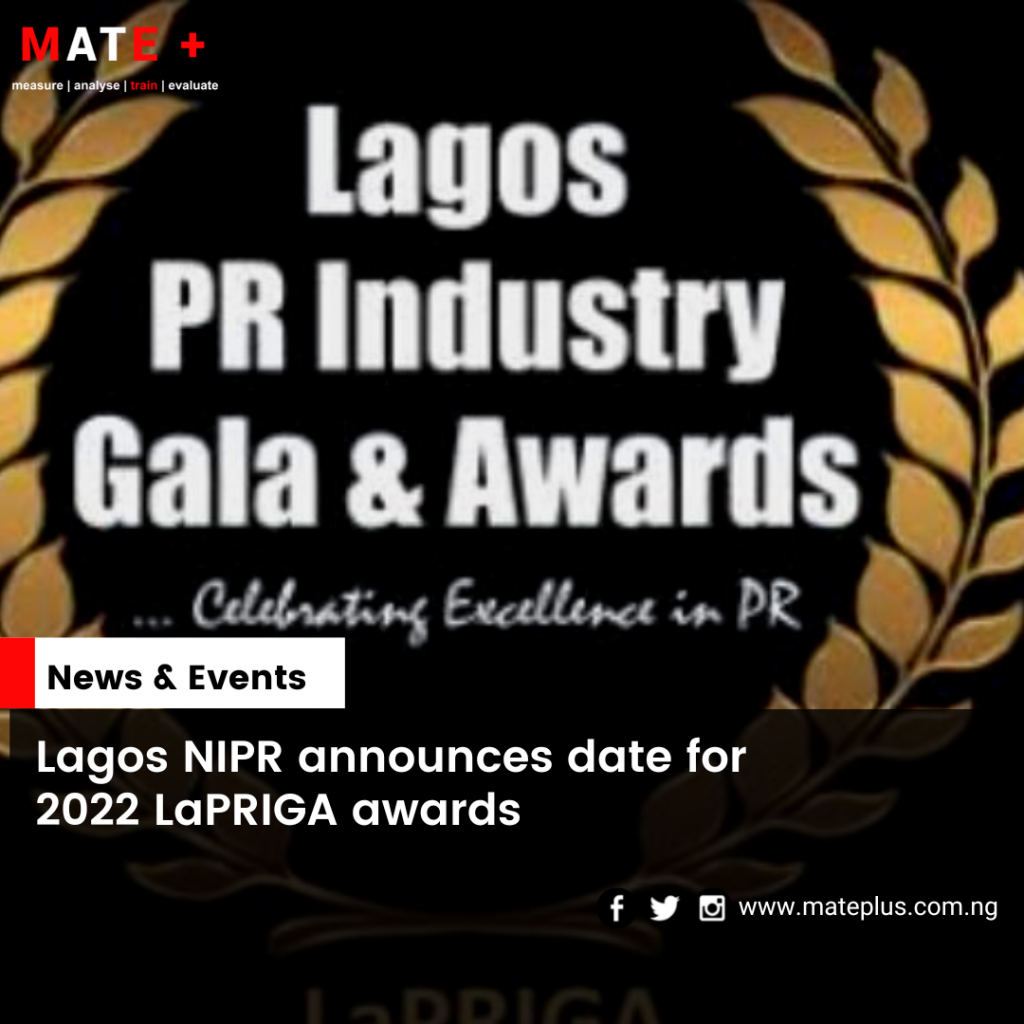 The Lagos State Chapter of the Nigerian Institute of Public Relations (NIPR) has announced Saturday 2 December 2022 for the seventh edition of the Lagos State PR Industry Gala and Award (LaPRIGA). The awards will hold at the Podium International Event Centre in Ikeja.

According to the organisers, new awards recognise the growing diversification of public relations into many new areas as one of the essential management disciplines in the modern world.

Chido Nwakanma, chairman, selection committee for LaPRIGA 2022, said that the committee has taken steps to build on and encourage greater participation of stakeholders in the 2022 edition of LaPRIGA. According to him, NIPR members will be at the centre of the nominations and choice of winners. “Our more stringent criteria demand inclusion for this year’s awards”.

He disclosed further that the committee is starting early to enable greater participation from all stakeholders. Similarly, they will have at least three months to internalise the categories and criteria, prepare their submissions and canvass support. Accordingly, it was disclosed that stakeholders will participate in at least three ways, which are to nominate prospects in some classes; vote for their preference after shortlisting by awards panel; enlist the sponsorship support of their organisations, and glam and show up at the awards nite.

Victoria Uwadoka, chairman of 2022 LaPRIGA planning committee, said the team looks forward to the participation of every member of the PR community in Lagos and the media. “Everyone who will celebrate that day will be people who truly deserve the accolade”.