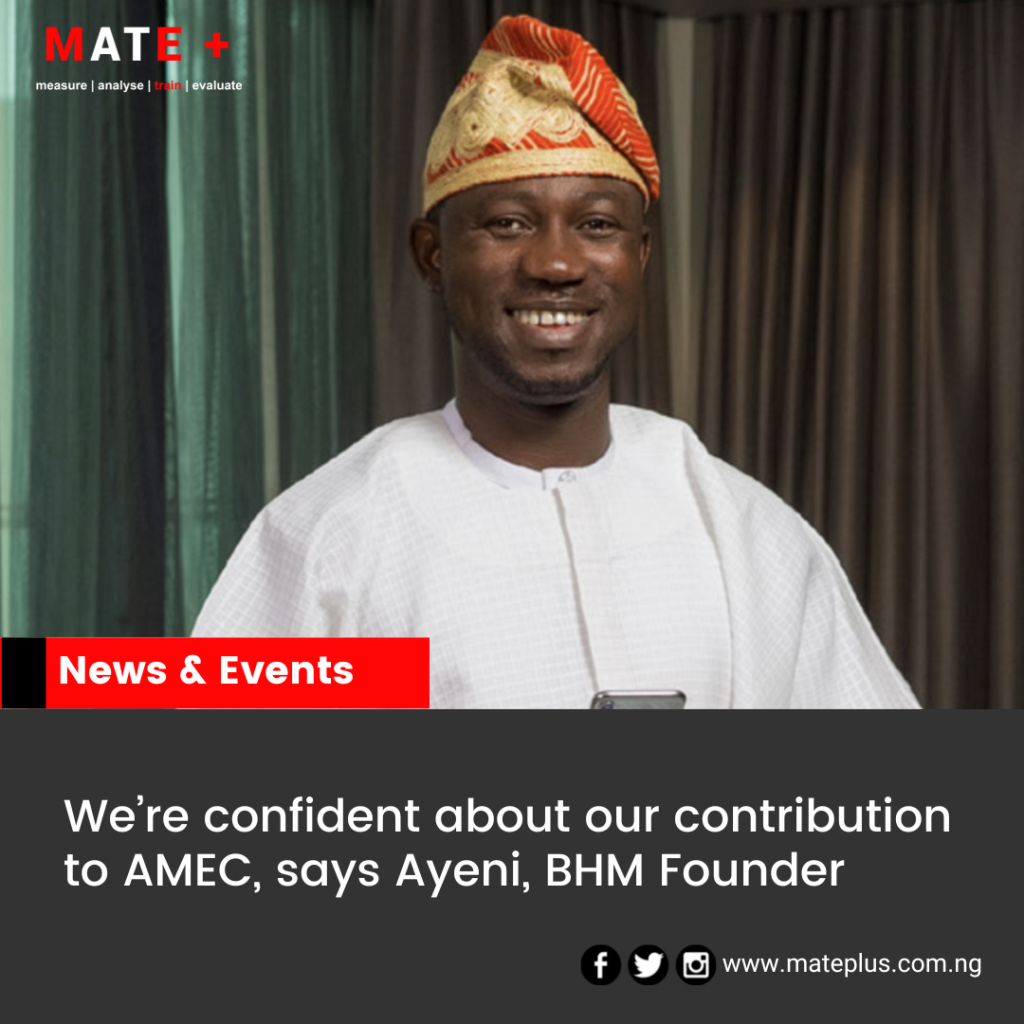 The Founder of BlackHouse Media, BHM, Ayeni Adekunle, has expressed confidence in the contribution of the global public relations and communications consultancy firm to International Association for the Measurement and Evaluation of Communication, AMEC.

Adekunle made the comment just as BHM became one of the first PR firms in Africa to join AMEC. The integrated PR firm operating out of Africa and the United Kingdom joins a league of reputable multinationals operating under AMEC, such as The World Bank, United Nations, Golin, Ketchum, Hill+Knowlton, WE Communications, and Omnicom.

Renowned for its transformative research work, BHM’s unmatched proficiency in utilising data for market growth inspired its decision to become a member of AMEC, the world’s largest media intelligence and insights professional organisation representing more than 160 members in 86 countries worldwide.

AMEC’s framework for member organisations extends to the provision of integrated measurement and planning tools, and effective guidelines for PR professionals to advance their work. Speaking on the membership, BHM Founder, Ayeni Adekunle says “This decision has been a long time coming.

“We are excited that our dedicated framework of employing verifiable research for market growth will benefit greatly from this membership and further drive our commitment to people development. “We are also confident about the contribution we’ll be making to the fantastic work AMEC is doing,” he adds.

Also, John Burke, AMEC’s Global Managing Director, said: “It is an exciting time to get new members with a reputable track record on board.

“We recognise the commitment and contributions of BHM to qualitative research work over the years and consider its AMEC membership as a significant mark in advancing global PR practice.”

As a testament to its groundbreaking work in detailed research and analysis, BHM was honoured with the Superior Achievement in Measurement and Evaluation award at the 2022 SABRE Award ceremony for its ‘MTN Public Offer’ campaign.

Other research reports and publications by the international consultancy include the Concept of Virality and the BHM Guide to PR, a 138-page book for professionals interested in Smart PR.

#EvaluatePR: Experts set to discuss the synergy between PR and Measurement.